What’s there to say about the new TorqueBoard direct drives? I think a lot. I was very lucky the last few months to have the opportunity to be the main beta tester for these drives.

Where do you even start with this sort of thing? Most of us haven’t had a chance to ride a direct drive so the closest approximations we are familiar with are hub motors. Some have been lucky enough to snag Carvon drives in the past, but they are rare. I personally come from building for over a year on belt drives. I always felt like belt drives reigned supreme. My first thought, on the day I put the new direct drives from Torqueboard onto my board was “man do I miss my belt drives!” However, that soon changed.

The new drives have a lot of power. One of the first things I noticed was that I was getting just a bit more power out of my previous drives. Mind you, the beta drives I am riding are a bit different than the production versions as the motor stators in the test drives are 6355 stators, and the final market product will be on a 6374 stator. When comparing it to a 6355 belt drive it actually performed very similar to what I would expect on a 12S battery setup on about a 16/36 gear ratio.

The speed curve was one thing that was noticeable to me, in fact one of my favorite parts of the product. The 1/1 gear ratio means that when you accelerate there is this incredibly natural curve to how you gain speed, I somehow feel less likely to fall off the board. That also translates into how the product rolls when you are riding it. The roll is incredibly natural. Like a normal longboard with no motors, you feel you can really let go of the accelerator and just led the board roll, which was one of my favorite joys of riding it.

The drives are quiet, whisper quiet. Whether you’re running BLDC or FOC they are just generally super quiet. I noted in BLDC when riding that the motors had a tiny bit of a humm at a lower speed but once I got past about 8mph the drives were just as quiet as in FOC mode. I enjoyed both FOC and BLDC and would have no real preference between the two, they both felt really great with these drives.

The top speeds I achieved varied based on the ESC used. The battery used for both was a constant, Torqueboards 12s4p with Samsung 30Q’s. On torqueboards 4.12 ESC’s running 30 battery amps per motor the top speed achieved was 35mph. On the focbox unity with 60amps of power applied to each motor (because you don’t have to split the current on the unity) 38mph was the top speed achieved. Keep in mind the final product will have a much larger 6374 stator which will likely translate to a few miles per hour higher speeds and a bit more torque than the beta product has.

In the video below I demonstrate how it does on hills, which is amazingly well. You’ll see we climb up a well known mountainside path in Colorado called Lookout Mountain and the board has absolutely no problem eating upward path. I was a bit concerned when we first brought it out because we have some massive hills out here and a drive really needs to be able to climb those, which is one of the reasons I had been sold on belt drives for so long. I think my previous experiences with hub motors had given me a false view of how a direct drive would feel.

Okay so the weight. They are definitely heavy ass drives, my belt drives are much lighter than these. Part of that is that Dexter (the owner of TorqueBoards and diyelectricskateboard.com) put in a massive level of protection around the motor since it is so much closer to the road and can get smacked. I definitely had some scratches on the drives a few months in and you could see they ran up against some things, but they still felt totally fine after all that time. On top of all this the precision trucks that come with the drives are cast in a way to make them even stronger and adds more weight. Direct drives allow you to use any compatible skate wheels, negating the extra motor weight at the back more so than other similar designs. If you’ve ever hit a bump or crack at speed on a Raptor 2 you know it will shake you a bit because of the extra weight of the motor inside the wheels.

So Should you buy these drives? I am definitely a convert after riding them for a bit. The whole system is so low maintenance compared to my belt drives, and that’s very desirable. I no longer have to worry about adjusting mounts or tightening things or carrying extra belts with me in a bag. It’s honestly a convenience and I’m really enjoying that factor of it. The fewer tools I can carry with me on a ride the better. On top of that, Torqueboards is working on offroad wheels for these as well so you could use them with virtually any build you can think of. With a couple adapters we can all have an adapting Evolve board without ever having to spend our money on a board with subpar batteries and parts. To me these feel like the future of drives on boards, they just emulate that “natural board” feel more and at the end of the day that’s what we all want. 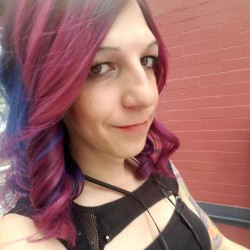