If you have been around the DIY esk8 scene for very long, you have probably heard of Moe Stooge. He is a true speed demon with an eye for uphill races. While mere mortals feel like we are flying in the mid 30 mph range, Moe is barreling up hill going nearly twice that speed.

The most interesting aspect of his custom built race boards isn’t merely the blinding speeds they reach, but the unique approach he takes in designing these monsters. His designs are unlike anything else in the entire world- rubber race wheels, custom built trucks with stabilizers, crazy high KV motors on lower voltage, and he even uses different motor controllers than the typical electric skateboard. The result is some of the most purpose built esk8s anywhere: they go fast and they win races.

Naturally, when he offered up a limited number of his custom wheels for sale, I was all over that. Being the Esk8 addict I am, I had to know if he was onto something with his somewhat unorthodox designs.

Moe offeres two versions of his wheel hub system – a “race” model and a “street” model. I opted for the “street” model as it had a higher rubber durometer and I felt that might last longer than the softer version.

These wheels are completely different than anything I have tried. They have a hub that holds the bearings and you bolt that right onto your hanger axle just like a normal skate wheel. Then, you mount the wheel onto that hub. It’s a very nifty design. The wheel itself is covered by a thin layer of dense, durable closed cell foam with the rubber contact patch bonded to it.

I mounted them up to my Lacroix on Surf Rodz RKPs for testing. Set up was incredibly easy and intuitive. I was running them with an 18/42 gear ratio on a 10s6p with dual 200kv 6369s.

Compared to ABEC 107 Flywheels, Stooge Wheels have significantly more rolling resistance. They fall somewhere between urethane wheels and full pneumatics in that department. However, they feel like you are stuck to the road, and I mean that in the best way possible. I was carving deeper and turning sharper than I ever felt comfortable doing on big thane. I even felt significantly safer at higher speeds and I am spending much more time north of 30 mph. They do lose a little of that coast feel urethane offers, so I find myself laying deeper into the throttle for longer periods of time than I used to as well.

Typically, I try to avoid riding in wet conditions, but I took these wheels out for a few runs after some rain, and I was thoroughly impressed. The wheels still felt very well planted on the wet asphalt and didn’t have that glassy feel that urethane can get on wet roads. This was a great aspect as I use my boards to commute, and I hate that slip and slide feel at 7:30 in the morning on my way to work.

I am absolutely thrilled with these wheels overall. They are incredibly sticky and are extremely adept at high speed riding, but at the expense of a little efficiency. To get the full value from them, they belong on a big battery build so the reduced efficiency will hardly be a concern. I was somewhat expecting them to feel good going fast, but I wasn’t expecting the added confidence these wheels gave to the rigors of everyday city commuting. Due to the high price, I would recommend them mostly to seasoned builders and riders that want to go FAST and don’t mind something a bit unorthodox.

After experiencing these wheels from Moe, it makes me eager to try out his full racing drive systems. He was right about these, so now I want to know what other tricks he has up his sleeve. 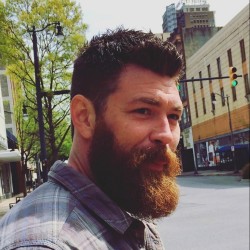 Tim is a proud Army veteran and co-owns a rock climbing gym in Birmingham, Alabama.When he isn't building or riding electric powered murder boards, he is setting routes at the climbing gym or hanging out with his wife and 3 kids.

Not particularly skilled, talented, or even likable; it is a wonder he made it this far.